It’s fair to say that Lyrics Born (a.k.a. Tsutomu “Tom” Shimura) felt the cultural void when he left Berkeley for UC Davis in the early 1990s.

A hip-hop head stranded in a rural college town, he made the most of his time by going on late night walks through campus with nothing but his portable radio/CD player to accompany him. Tracks by Main Source, Brand Nubian and A Tribe Called Quest were his soundtrack. Then one night, he stumbled upon a like-minded soul.

“I hear this guy on (the UC Davis station KDVS) in the middle of the night once a week playing real hip-hop,” Shimura recalls. “He was too advanced for the area.”

The program’s host was Jeff Chang. Then going by DJ Zen, Chang has gone on to work for the likes of Vibe, Spin and Mother Jones, and has written three acclaimed books on the history and culture of hip-hop. Shimura was eventually invited to the station after he kept winning Chang’s radio contests.

What began as a few hip-hop fanboys nerding out over breaks in a sleepy college town, eventually became the celebrated record label and collective, Solesides—which put out albums by Blackalicious and DJ Shadow. It’s now known as Quannum Projects.

“I went to college in Davis, Shimura says. “But that’s really where I got my education—in that radio station, going through those stacks.”

In the years since, Shimura has emerged as a solo artist in his own right, with releases ranging from funk to boogie and boom-bap. It’s that diversity that’s allowed him to sustain a career over 20 years in the making.

Next up is Real People, out this week. A funky, organic release that openly pays respects to the influence New Orleans and its musicians have had on Shimura’s life. The album features collaborations with a who’s who of contemporary Crescent City talent, including the Preservation Hall Jazz Band, Trombone Shorty and Dumpstapunk’s Ivan Neville. Galactic make an appearance on both sides of the boards; band members Robert Mercurio and Ben Ellmen produced the album.

Taking an immersive approach to the recording process, Shimura rented a cottage in New Orleans and removed all distractions.

“From 10am to 3pm, I would go [to a coffee shop] and drink a gallon of café au lait, then take a lunch break and eat pho about a block away. At about 3, I would go to the studio,” he recalls. “From there we’d just record. No phones. No car. I don’t even know if I brought my laptop.”

As teasers like “$ir Racha” and the album’s title track reveal, there’s an undeniable energy to his latest collection. The musicianship of his supporting cast is superb, but it’s always clear Shimura is the one setting the musical tone.

Asked about the inspiration behind the record, Shimura points again to the role KDVS played in shaping his musical tastes. It was in those archives that he tracked down songs by NOLA groups like the Meters, who were liberally sampled by his favorite rap artists at the time.

Though the album arrives in stores on May 5, Shimura admits he’s already well into his next project, a collaborative release entitled Rapp Nite with his tour and San Jose native, DJ Cutso—a member of local DJ crew the Bangerz. 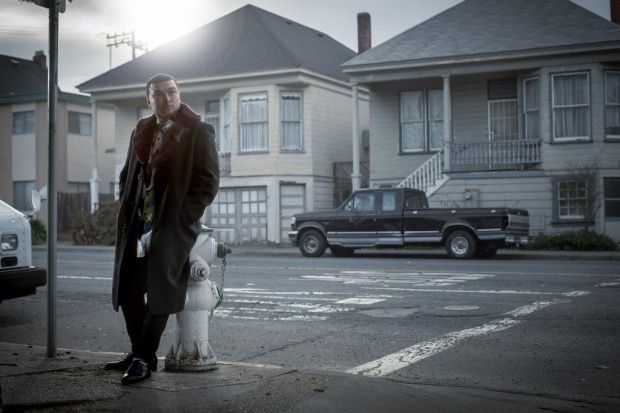 Cutso says the two officially met in 2009 at Voodoo during Left Coast Live weekend, though their creative collaboration began in earnest when the Bangerz produced closer “Gorgeous Spirits” on Latyrx’s 2013 album The Second Album.

Shaping up as a more future-forward record than People, Shimura says Rapp Nite has been “so different and outside of what a Lyrics Born album might be, but it’s specific to what we do, which is great.”

“The influences are very apparent, but it’s also a modern take on what we came up on and what we learned,” adds Cutso. “It’s a mish mash of everything.”

Shimura will celebrate Real People with a handful of Bay Area shows, including a headline show May 15 at the Independent, before heading out for festival dates in Michigan and Washington this summer.

While life on the road can be unforgiving, he notes that’s the price he pays for following his dream.

“It’s grueling. You get a lot of time away from home and family,” he says.  “It’s not an easy life at all, but I love it. I really think I’m doing what I was put on this Earth to do.”